Batman: Beyond the White Knight #1 Review

Welcome back to Gotham. A new Gotham, but not quite the Neo Gotham diehard fans of Batman Beyond may be familiar with. This is story is a continuation of Sean Murphy’s successful White Knight series for DC’s Black Label imprint. It’s more of a new skin to an old map of your favorite series, but that doesn’t mean it comes without some fun new surprises.

The White Knight universe has been a fun way to watch Sean Murphy take his favorite parts of Batman’s 83 year history, and weave them into a fresh and interesting new story. The last time we saw this Batman, he was content to go to prison and serve years for his actions and some of the unintended consequences that they wrought upon the citizens of Gotham.

He saw the transformation of Joker back into a surprisingly adept Jack Napier and then witnessed him slip back into the madness. Harley Quinn killed Joker, but not before being impregnated with his twins. Who in this story show up as very typical teens. Whereas Batman: White Knight, the first entry into this world, was a politically fused thriller, the second entry took a different approach.

Batman: Curse of the White Knight, the second entry from Murphy, saw history coming back to haunt Batman and all of Gotham. In this iteration, Murphy introduced a new take on Azrael and left Batman and all of Gotham reeling with the revelation that Bruce wasn’t actually a Wayne. Sean Murphy tends to reveal impressive departures from the canon Batman stories in his engrossing tales and manages to show new aspects of Batman’s relationships with his supporting cast in the process.

This new series is no different. We are immediately introduced to a seemingly capable Terry McGuiness, who is entering the Batcave in search of a VERY specific suit. One that is beyond all the rest. A chance encounter with the militarized Gotham authorities forces him to don the suit and discover just how dangerous the suit’s abilities are, all while showing off the new wings and flight capabilities of the Beyond suit that impresses Terry McGuiness.

The first surprise in these pages is who Terry is retrieving the suit for, and fans of the Batman Beyond series may find it a little jarring, however, it’s important to remember that this is Batman Beyond adapted to the White Knightverse that Sean Murphy has been building for years. So it’s safe to say you can expect to see lots of changes from the Saturday Morning source material.

It would have been nice to see more of Terry and the Beyond suit in this issue, however, Murphy had his hands full reintroducing us into this world 10 years after Curse of the White Knight ended. Ramifications from the earlier stories are evident all throughout this issue including the followers of Azrael staging a riot that Bruce quells – simultaneously saving Jason Todd’s life and scratching his itch to do good. We also see Harley’s teenagers and how they interact with her and the knowledge of how their father (Jack Napier) died. All of that and Bruce and Jason Todd finally mend their relationship, after the revelation that Jason was the first Robin to aid Batman.

Fans of Murphy’s work on Batman over the past few years will be entertained by this latest entry. His art is top-notch, and David Stewart’s colors are superb. With Murphy’s penchant for deftly blending Batman vehicles and gear into something new and fresh yet somehow nostalgia-inducing, it will be a treat to see what he brings to the Batman Beyond characters. However, if you’re a Batman Beyond fan who came for a continuation of that series, this issue will likely disappoint.

With Terry and other characters barely in more than a few pages, the first issue felt a little underwhelming. As the story progresses I hope to see more of this new Batman Beyond.

B, Matt, Justin, and Jedi John are back to make you laugh.
We start with beers of the week (00:03:30) to see who drinks a beer that made us think of Taser Face.

Daddy Issues involve glamping (00:06:45) Halloween plans, the guys favorite Halloween candy and America’s favorite and most hated candy. Oh and the police make stuff explode(00:37:06)!
TV gets serious as Matt informs B about the Rings of Power on Amazon and She-Hulk gets discussed in its entirety (00:42:40).
The Deadpool 3 announcement that left us going SNIKT! for Hugh Jackman (01:16:46) and the Black Adam forecast from the guys gets us through movies.
In video games (01:32:00) B plays his PS5 and Justin breaks down Assasin’s Creed Valhalla and is excited for Assassin’s Creed Mirage.
Jedi John goes nuts over NYCC toys (01:41:55) and B talks about the new Spawn/Batman crossover book (01:49:00) in comics.

Stick around for Patreon shoutouts and a GalacticDads Media Network update (01:53:00)! Enjoy the show!

Check out our socials:
@galacticdads
@galacticdadsbbq
@gd_post_production
@GDadsGaming
and become a patron at www.patreon.com/galacticdads and see live streams of the podcast recordings
or check out the new merch at www.teepublic.com/user/galacticdads

Hit us up with daddy issues and other emails at galacticdads@gmail.com

Leave us a like, a rating, and a review! It’s seriously such a huge help and thanks for listening!

Check out our sister shows on the GalacticDads Media Network: @ForceDyadPod and @ComicShopCouch for even more awesome content! 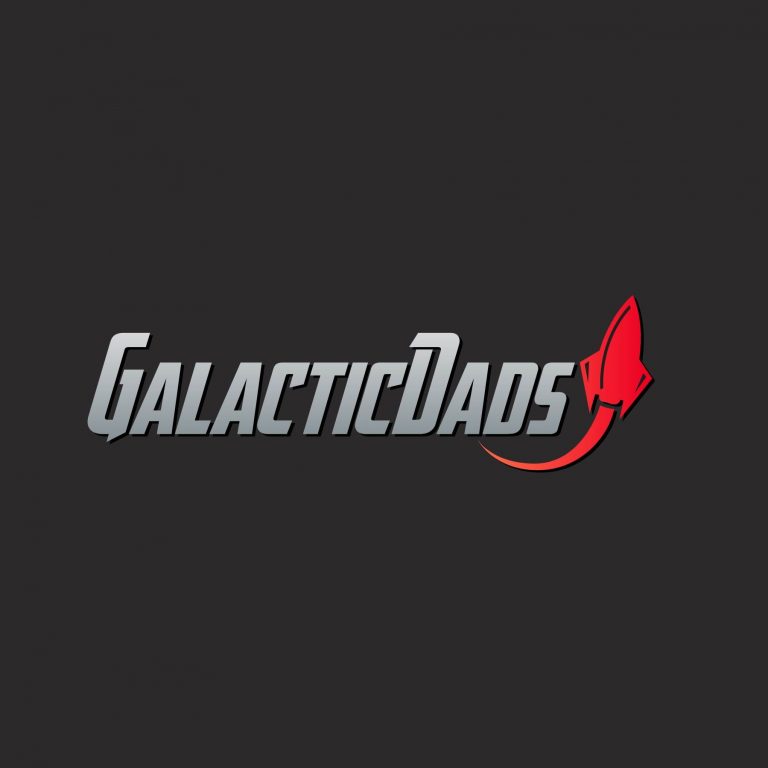